The European Space Agency (ESA) held another successful App Camp 2013 this year in Italy. The team that won this years challenge consists of (From right) Jip van Akker, Erik Unger, Evangelos Georgiou and Ulf Küssner an won the first prize at the 2013 App Camp. On the far left Thomas Beer, Policy Coordinator in the ESA GMES Space Office. 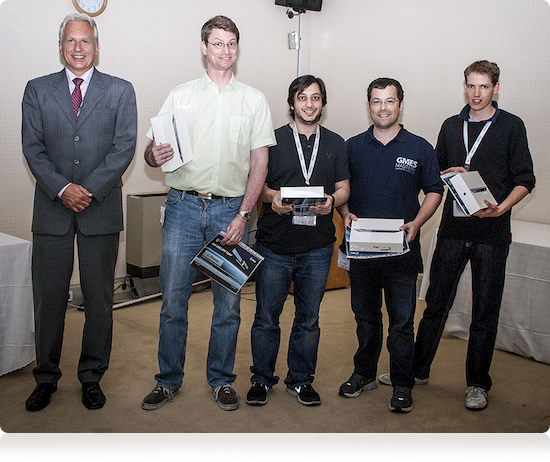 The team did create a Thermal Guidance System to use satellite data to detect areas of high thermal updraft for aviators. ESA has a detailed report on its Website „App Camp creates new ideas for using satellite data“

In its second year, the App Camp saw 20 developers from 16 countries convene at ESA’s ESRIN centre in Frascati, Italy.

The goal was to develop mobile applications – or apps – using Earth-monitoring data on smartphones, building on the possibilities offered by Europe’s Global Monitoring for Environment and Security (GMES) programme.

As one of last years first prize winners I am happy to see ESA continued with the concept of bringing in mobile experience to generate fresh ideas and concepts. This years categories of challenge were:

Created products of the other teams were Springesa (which simulates conditions for growing and harvesting vegetables), Cheetah (a crowdsourcing solution to optimize food transport in Africa by recommending routes), Breathe More, Live More (which uses crowdsourcing to pinpoint areas in large cities with good air quality) and Liferama (information for leisure activities such as fishing, bird-watching and going to the beach). 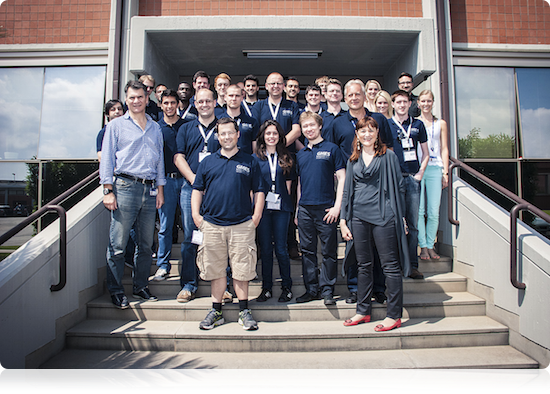 Participants and ESA staff in an App Camp Session 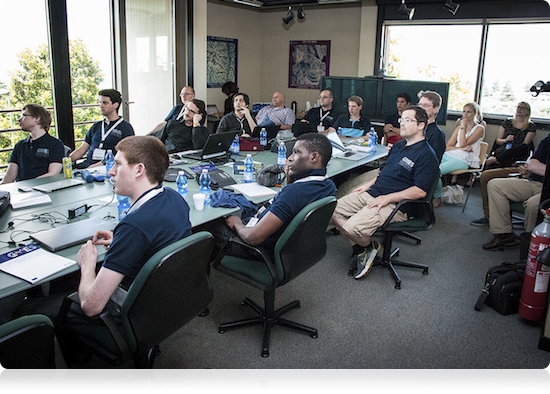 The App Camp is devised by the GMES Space Office and co-sponsored by the Technology Transfer Programme Office. Have a look at the 2012 winners here (ESA) and here (Blog).