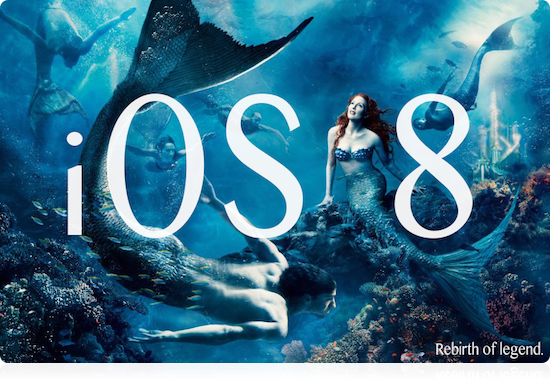 Since WWDC will start tomorrow, I will just trow in my guesses or wishes or expectations on iOS 8. Since I did this already last time iOS 7 was in the process of being shaped, I will continue on this procedure. But I change something, I will make a table to more easily check off the stuff that was implemented / realized.

Now lets wait for the show to begin…

I just want to add some predictions to make things even funnier here.

Why do I blog this? I want to keep track of things. So I transferred all open issues from my former blog post „iOS 7 – what I would expect it to fix“ which are still open and added some new. Please recognize that I have given up on UI issues related to the new flat world and the non-existent buttons. I simply lost hope on this thing. But hey let’s see how well non-buttons will go on OS X if they do the full 100% recoloring of OS X in iOS style… *praying for this not to happen right now*

… btw, did you recognize my curvy design of the „8“ in the fake-„iOS 8“-banner I created? It refers to the nice woman next to the 8. It plays with the beauty of female shape. I wish Apple would allow itself to refer more to the full spectrum of human aspects in it’s design. We are no machines or robots. We love human shapes and asymmetric stuff. It feels much more natural to us.

Update: I added the music which would best fit iOS 8 if I would have released it.

Oh and by the way, I know Apple is building something that is as impressive in regard to overall design that will look much better than iOS 7 and iOS 8 together: Apple Campus 2. Though here in Europe you would say „This is just bricks & mortar“ I say this lays foundation to new ideas. I mean, I would really enjoy to be even a part time resident e.g. for 3 months or so in this kind of place. It must be great to work at a place so thoughtfully designed.