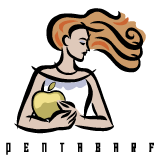 The project page which just carries some basic infos about the pentabarf mobile client called barfbag. You will find most of the interesting tech stuff over there at the github repo.

The pentabarf is some fine piece of software used to organize even quite complex events and their timeschedules in a very solid way (see github repo here).

All the gossip around the dev process which is related to my own work on that is just documented here… feel free to leave a comment stranger. =)

First steps
I did quite some work already until now…

Here are some screenshots of the work in progress… 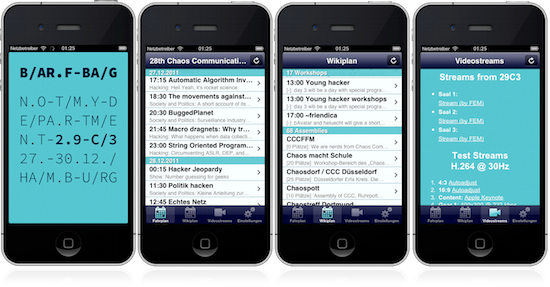 Note-2-Self: Have a look at some of the best barf bags in town to create a nice logo & icon for the next iteration of the App. I love the one from Virgin Atlantic Airways (front / back). This one was designed by the glitschka studios. I even found a PDF-Sample (virginatlantic08a) of it, perhaps i should just ask them if they would perhaps power the apps‘ icon.

I think the green makes for some formidable color to style a fresh icon. Also some nice eyeballs of some character doing the barf would be a nice add-on to an iPhone App-icon. Well if I will find some time this icon might become a reality one time… let’s see an wait.

I still think BarfBag is the perfect name. Since Barf is frab spelled backwards and the connotation to the pentabarf will thus still be present… and at the same time the app incorporates a lot of information… usually too much info to cope with… which might lead to excessive vomitting of information… well I think it really IS perfect. :-)